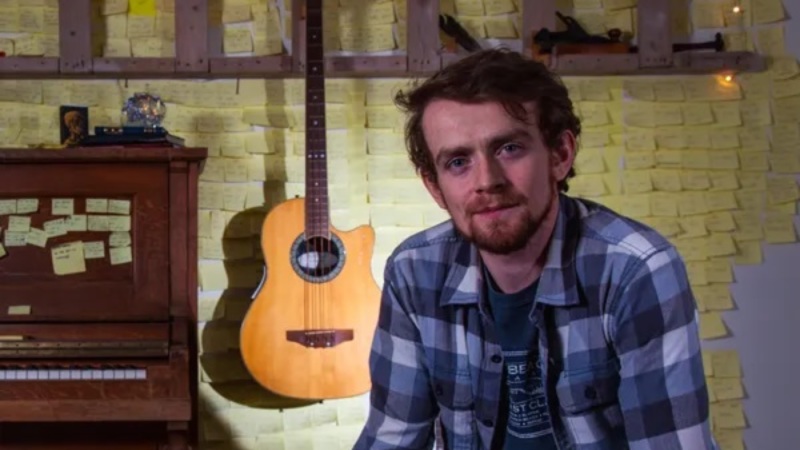 With a strong musical influence from both sides of his family, well-known for their traditional and contemporary music, it was only a matter of time until Paul began his music career.

From the craggy cliffs of Ireland to the mystic mountains of Vancouver, Paul Caldwell has the ability to bring the story of one land into the landscape of another. Caldwell grew up with Celtic music echoing through the rugged coastline in his hometown of Buncrana and these traditional Irish tunes have reverberated deep into his soul.

As a self taught guitarist Caldwell has a unique playing and writing style; a style that allows his heart to pour through the strings which makes his songwriting so personal. His music is influenced by his travels and the people he meets along the way. Caldwell left Buncrana when he was 20 years old and moved to Liverpool, UK  where he formed his own band, 'Kicked Out of the Nest', playing mostly covers. He began to pursue songwriting, and recorded a couple of singles as part of an early collaboration project. He also played and did some vocal work on a couple of records by local Liverpool folk artists Lizzy Nunnery & Vidar Norheim. This gave him a keen interest in the art of recording.

Caldwell now resides in Canada and feels a strong bond with the country. Caldwell released his first EP 'Post-It Notes' on July 8th, 2018 and will be releasing the first track to his second EP 'Headlines' on October 16, 2020.

Be sure to check it out, download or stream Caldwell's music on all streaming platforms.